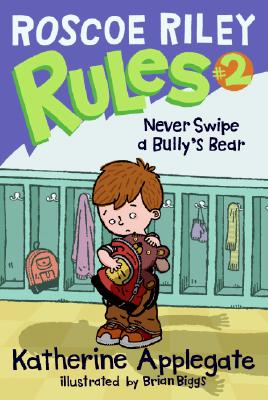 The second book in a hilarious chapter book series about an accidental rule breaker from Katherine Applegate, Newbery Medal–winning and bestselling author of The One and Only Ivan, Endling, and Wishtree.

When Roscoe’s stuffed pig, Hamilton, goes missing, he is convinced that Wyatt, the class bully, is responsible. When Roscoe finds out where Wyatt keeps his teddy bear, he decides to give that pignapper a taste of his own medicine. That will fix everything. Won’t it?

Katherine Applegate is the author of The One and Only Ivan, winner of the Newbery Medal and a #1 New York Times bestseller. Her other books include the acclaimed Wishtree, Crenshaw, Home of the Brave, and the Roscoe Riley Rules series. She lives in California with her family. www.endlingbooks.com