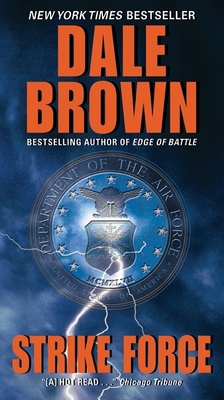 Moving from the Pentagon to the Middle East, filled with intrigue, adventure, and danger, this is the latest adrenaline-pumped military thriller from the New York Times bestselling master

When a military coup in Iran leads to a crackdown on religious jihadists, it seems as if a new era is dawning in the Middle East, especially when the new leader, General Buzhazi, seeks to normalize relations with both America and Israel. But the Iranians are not really interested in peace . . .

In the guise of pursuing and destroying Islamic militants, Buzhazi is planting thousands of Iranian Pasdaran special-ops troops throughout the oil-rich Kurdish region of northern Iraq, and in a lightning quick operation brutally occupies the territory.Unveiling its new military might, it invades northern Iraq, catching the world—and America—completely off-guard. To regain control of the region, America will rely on her own ultimate weapon: Patrick McLanahan and his team of special high-tech operatives.

Filled with the latest cutting-edge weaponry, geopolitical intrigue, high-flying suspense, and a colorful cast of characters, Untitled promises to be one of New York Times bestselling author Dale Brown’s best.