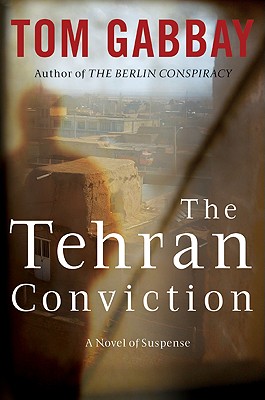 “Told against the background of a real-life CIA coup, The Tehran Conviction mixes historical fact with vivid storytelling in ways that will delight readers of both.”
—Stephen Kinzer, New York Times Bestselling author of All the Shah’s Men

Bestselling thriller writer Jack Higgins calls Tom Gabbay, “John le Carré with a witty ironic edge.” In The Tehran Conviction, the acclaimed author of The Berlin Conspiracy and The Lisbon Crossing sends Agent Jack Teller to Iran during two equally volatile times in the nation’s recent history: on the eve of a CIA-sponsored coup in1953, and in 1979, the year of the infamous Islamic revolution. Denver’s Rocky Mountain News advises you to, “add [Gabbay’s] name to the must-read list of thriller writers.” Read The Tehran Conviction and see why.

Tom Gabbay is the author of The Berlin Conspiracy and The Lisbon Crossing. He previously worked for NBC Entertainment as director of children's and comedy programs, and was creative director of the production partnership between NBC and ITV Television in the United Kingdom. He lives in Europe.