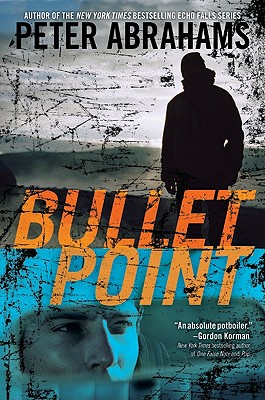 Wyatt never really thought much about his dad—a hardened criminal, a lifer in a prison somewhere on the other side of the state. But then the economy had to go and tank, and the community had to go and cut the baseball program from Wyatt's high school. And then the coach had to go and show Wyatt a photograph of his dad at sixteen, looking very much like Wyatt himself. Through a series of unfortunate—or perhaps they were fortunate—events, Wyatt meets a crazy-hot girl named Greer with a criminal dad of her own. A criminal dad who is, in fact, in jail with Wyatt's own criminal dad. Greer arranges a meeting, and Wyatt's dad is nothing like the guy he's imagined—he's suave, and smart, and funny, and cool, and—Wyatt's pretty sure—innocent. So Wyatt decides to help him out. A decision that may possibly be the worst he's ever made in his life.

This is another hold-your-breath thriller by the New York Times bestselling and Edgar Award nominated Peter Abrahams.

“Edgier and sexier than most YA novels dare.”
— Booklist (starred review)

“As gritty and raw as today’s headlines.”
— School Library Journal

“With characters that are vivid and 100% believable-this is an absolutely potboiler. I wish there were more books like this aimed at teens.”-
— Gordon Korman, New York Times bestselling author of One False Note and Pop

“As tough and gritty a YA thriller as I’ve ever read, with enough startling twists to leave me breathless and begging for more Abrahams.”
— Robert Lipsyte, author of Raiders Night and Center Field