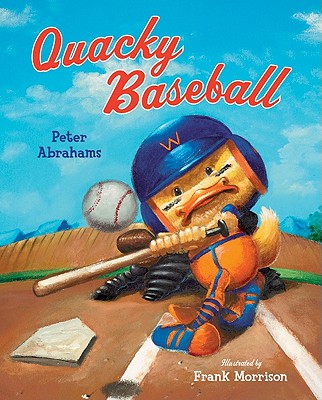 It's opening day at the ballpark, and Thumby Duckling is nervous. He hopes it won't be one, two, three strikes, he's out! Trailing by three in the bottom of the ninth, the Webbies are counting on Thumby to save the day. Can Thumby shake his jitters and show his team that he's a star player?

From Peter Abrahams and Frank Morrison comes the story of one duck's quest to make it in the big leagues.