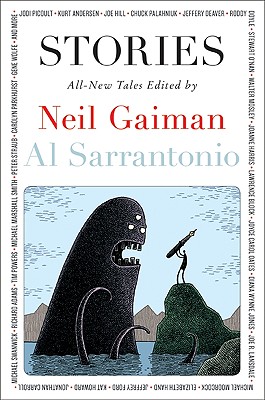 Al Sarrantonio is an acclaimed author, and the editor of anthologies such as 999: New Stories of Horror and Suspense and Flights: Extreme Visions of Fantasy. He lives in Newburgh, New York.

“Stories is the perfect dark counterbalance to the smells of suntan lotion and barbecue smoke waiting for you this summer.”
— Los Angeles Times

“These stories are part of what Gaiman and Sarrantonio call “a new literature of the imagination,” a rewardingly imprecise theme that guarantees that no matter how many times you dip into this tomish treasure chest, there will always be something surprising waiting for you inside.”
— www.veryshortlist.com on STORIES

“If you can’t find something to like from [Stories] roster, you really need a vacation.”
— St. Petersburg Times

“A sometimes creepy, dark and dreamlike two thumbs up.”
— Time Out New York

“An ambitious anthology with a pleasing mix of modes and moods. Stories has a little something for everyone who appreciates the possibilities of short fiction.”
— San Francisco Chronicle
or
Not Currently Available for Direct Purchase
Copyright © 2020 American Booksellers Association