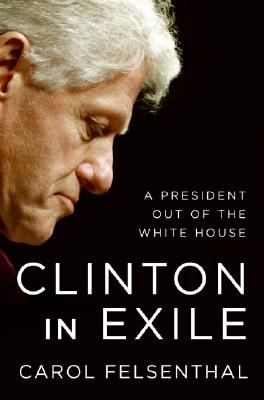 A President Out of the White House

Just before noon on January 20, 2001, the most powerful and arguably most ambitious man in the world relinquished the public stage, reluctantly, at the young age of fifty-four. Having endured infamous scandals and impeachment, President Bill Clinton left office with record approval ratings—and embarked on an uncertain journey. Since then Clinton has moved in and out of the shadows of this "exile," leaving the millions who knew him to wonder: How has this man of such outsized talent and passions adjusted to leaving power?

Based on more than 150 interviews with the former president's friends, associates, and sometime enemies, Clinton in Exile takes readers from Clinton's last hours in office, through his indulgent personal life and well-publicized humanitarian efforts, to his front-of-camera and behind-the-scenes coordination of his wife's presidential campaign.

Noted biographer and journalist Carol Felsenthal has spent two years investigating these questions among many others, and her reporting gives a fascinating and textured portrait of this complex man.

Clinton in Exile is the definitive biography of one of the most towering, intriguing, and deeply controversial figures of our time.

Carol Felsenthal is a journalist whose in-depth magazine articles about numerous political figures have received wide acclaim. She is also the author of several highly praised biographies on such high-profile figures as Alice Roosevelt Longworth, S. I. Newhouse, Jr., and Katharine Graham. She lives in Chicago, Illinois.