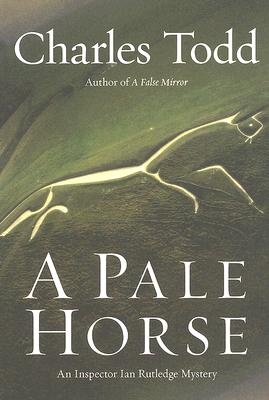 In the ruins of Yorkshire's Fountains Abbey lies the body of a man wrapped in a cloak, the face covered by a gas mask. Next to him is a book on alchemy, which belongs to the schoolmaster, a conscientious objector in the Great War. Who is this man, and is the investigation into his death being manipulated by a thirst for revenge?

Meanwhile, the British War Office is searching for a missing man of their own, someone whose war work was so secret that even Rutledge isn't told his real name or what he did.

The search takes Rutledge to Berkshire, where cottages once built to house lepers stand in the shadow of a great white horse cut into the chalk hillside. The current inhabitants of the cottages are outcasts, too, hiding from their own pasts. Who among them is telling the truth about their neighbors and who is twisting it?

Here is a puzzle requiring all of Rutledge's daring and skill, for there are layers of lies and deception, while a ruthless killer is determined to hold on to freedom at any cost. And the pale horse looming overhead serves as a reminder that death is never finished with anyone, least of all the men who fought in the trenches of France.