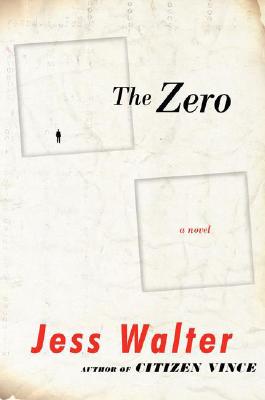 From its opening pages--when hero cop Brian Remy wakes up to find he's shot himself in the head--Jess Walter takes us on a harrowing tour of a city and a country shuddering through the aftershocks of a devastating terrorist attack. As the smoke slowly clears, Remy finds that his memory is skipping, lurching between moments of lucidity and days when he doesn't seem to be living his own life at all. Remy has a new girlfriend he doesn't know, a son who pretends he's dead, and an unsettling new job chasing a trail of paper scraps for a shadowy intelligence agency known as the Department of Documentation. Whether that trail will lead Remy to an elusive terror cell--or send him circling back to himself--is only one of the questions posed by this provocative yet deeply human novel.


Praise For The Zero LP…

Praise for Citizen Vince:“Citizen Vince is fast, tough, thoughtful and funny. I loved this novel.”
-Nick Hornby, author of High Fidelity and A Long Way Down

“A brilliant tour–de–force that’s as heartrending as it is harrowing…the breakout novel of a brave and talented young writer.”
-Kirkus Reviews (starred review)

Praise for Land of the Blind:“Walter is at his incisive best. …hypnotically compelling.”
-Publishers Weekly

“Exquisitely written . . . Like a paranoid Being There, The Zero is suspenseful, satisfying and unforgettable.”
-“Galley Talk” Publishers Weekly

“This is political satire at its best: scathing, funny, dark. Grade: A.”
-Entertainment Weekly