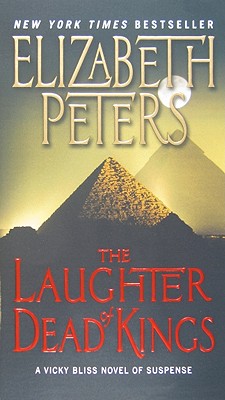 The Laughter of Dead Kings

“A royal treat….Welcome back, Vicky Bliss!...For readers new to Vicky’s sassy and distinctively smart stories, The Laughter of Dead Kings will mark the start of a beautiful friendship.”

New York Times bestselling Grand Master Elizabeth Peters—author of the thrilling fictional exploits of archaeologist Amelia Peabody in the Land of the Pharaohs—brings back beautiful, brainy art expert and sometime sleuth Vicky Bliss for one last adventure in The Laughter of Dead Kings. The incomparable Peters sends Vicky and her colorful entourage racing across modern-day Egypt to investigate the brazen theft of one the ancient desert land’s most priceless treasures. Smart, funny, evocative, and suspenseful, The Laughter of Dead Kings is a fond and fitting farewell to the ever-delightful Vicky…and a superior mystery fit for a King Tutankhamen.