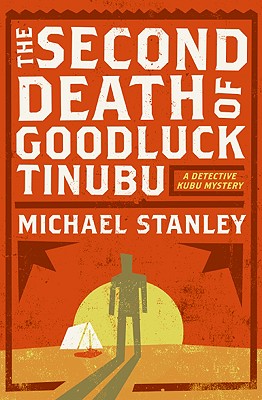 The Second Death of Goodluck Tinubu

“The African Columbo….Like the first book to feature Kubu, A Carrion Death, this is a smart, satisfyingly complex mystery. [Grade] A.”
—Entertainment Weekly

The second book in the Inspector Kubu series—penned by a pair of Crime Writers’ Association Award-winning South African authors writing under the name Michael Stanley—The Second Death of Goodluck Tinubu treats readers to a gripping and atmospheric  story of money, murder, and hidden motives at a remote bush camp in northern Botswana. Set in a country immortalized by Alexander McCall Smith in his The #1 Ladies’ Detective Agency novels, The Second Death of Goodluck Tinubu again features an unforgettable lead character the New York Times Book Review calls, “Hugely appealing—big and solid and smart enough to grasp all angles of [a] mystery.”