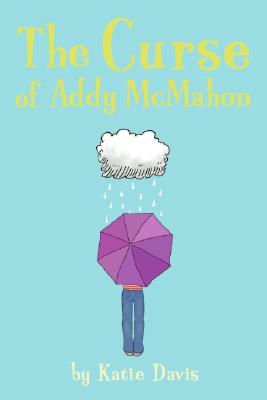 The Curse of Addy McMahon

All her life, Addy's heard stories about the McMahon family curse. Her mom says the stories are just jokes, but Addy isn't so sure. In fact, she's got evidence. Like the fact that her archenemy saw Addy shopping for a training bra with her mom. Or that Jonathan, her mom's g-ross boyfriend, is moving into the guest room.

If only Addy could escape into the cartoon world of her journal, or hang out with her best friend, Jackie. The only problem is—and this is probably because of the curse—Jackie is now Addy's ex-best friend since one particular comic from her journal was somehow shown to the entire school.

If only Addy could prove to Jackie that it wasn't her fault. It had to be that curse. Didn't it?