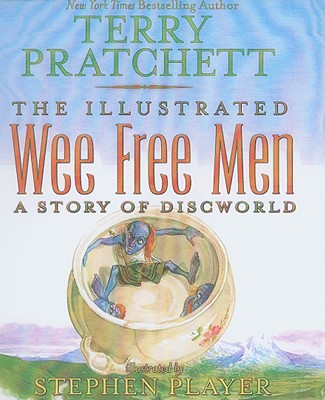 There's trouble on the Aching farm: monsters in the river, headless horsemen in the lane—and Tiffany Aching's little brother has been stolen by the Queen of Fairies. Getting him back will require all of Tiffany's strength and determination (as well as a sturdy skillet) and the help of the rowdy clan of fightin', stealin' tiny blue-skinned pictsies known as the Wee Free Men!

Master storyteller and gifted comic Terry Pratchett is at his best in the adventures of Tiffany Aching and her tiny blue allies. Their first irresistible story comes to life in this lavishly illustrated edition, perfect for fans old and new.

Stephen Player has illustrated more than one hundred books. Originally from Great Britain, he now lives in San Francisco.