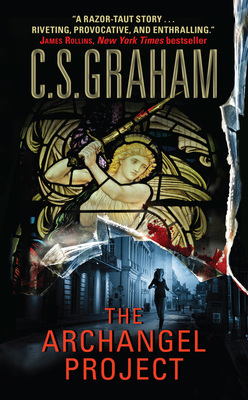 “This novel of a gifted Navy vet of the Iraq war and a CIA operative on the run and fighting to stop a deadly conspiracy is a frightening story of how people can use the government to try to control others, and of the courage of some as they fight back. Riveting and well-written.”
— Barbara Rodean, A Likely Story, Sykesville, MD
View the List

A murdered psychologist with ties to a secret CIA-funded remote viewing project . . .

A haunted young Iraq War vet with a "psycho" discharge and a talent that has marked her for death . . .

A deadly secret that will rock the world.

You can't hide the truth from those who can see.

When the charred remains of Tulane professor Henry Youngblood are discovered in the burned-out ruins of his New Orleans offices, the CIA sends maverick troubleshooter Jax Alexander to investigate. Joined in a reluctant partnership with remote viewer October "Tobie" Guinness, Jax struggles to decipher a cryptic set of clues that leads from the devastated neighborhoods of New Orleans to the power corridors of Washington, D.C. Pursued by agents of an influential oil and defense conglomerate with ties to the President himself, Jax and Tobie soon find themselves in a breakneck race against time to stop a ruthless killer and avert a diabolical plot that could devastate America.


Praise For The Archangel Project…

“An engaging premise, smart and exhilarating. An electrifying ride that rings with authenticity. No question, this is an auspicious beginning for C. S. Graham.” — Steve Berry, New York Times bestselling author of The Venetian Betrayal

“The pace of the plot in this book is blistering....It’ll keep you turning pages.” — The Advocate

C.S. Graham is the pseudonym of writing team Steven Harris and Candice Proctor. Steven Harris spent twenty-one years as an Army Intelligence officer. His career ranged from participation in the Army's controversial domestic spying activities to running agents in Southeast Asia. He also spent ten years in Washington, D.C., working at the national intelligence level. Candice Proctor is the author of more than a dozen previous novels, including the critically acclaimed Sebastian St. Cyr mystery series published under the name C.S. Harris. A former academic with a P.h.D. in history, she has lived most of her life abroad, in Europe, the Middle East, and Australia.