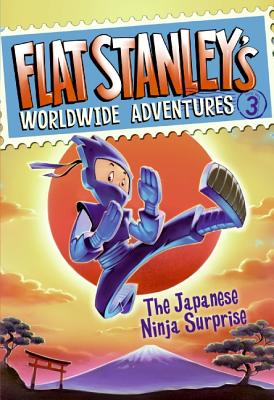 Flat Stanley is taking over the world, one city at a time! In this thrilling third installment in the renowned Flat Stanley’s Worldwide Adventures chapter book series, Stanley Lambchop ships himself to Japan!

Stanley and his brother, Arthur, are such huge fans of the movie star ninja Oda Nobu that they decide to send him something even better than fan mail—Stanley himself! Soon enough, Flat Stanley is in Japan, seeing the country with his idol. But when trouble surprises them, it will take a real hero to save the day.

This unforgettable adventure features fun, fascinating facts about Japan! And for parents and teachers, each Flat Stanley book is aligned to the Common Core State Standards, like multicultural adventure, plot and character development story elements, and compare and contrast! Don’t miss any of Flat Stanley’s worldwide adventures!