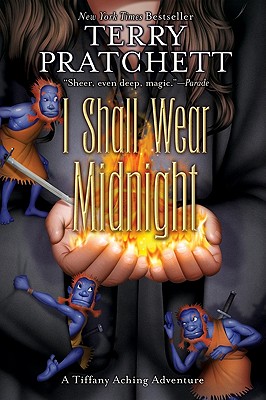 I Shall Wear Midnight (Tiffany Aching #4)

“At once touchingly poignant and uproariously hilarious, this novel is a splendid goodbye to a batch of characters who will be missed by readers who still must admit that, with this fourth volume, their stories have been well and thoroughly told”— — Bulletin of the Center for Children’s Books (starred review)