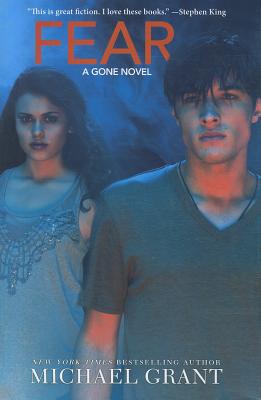 The fifth book in the bestselling Gone series by Michael Grant continues the page-turning saga of Sam, Astrid, and Drake in their terrifying post-apocalyptic world.

It's been one year since all the adults disappeared. Gone.

Despite the hunger, despite the lies, even despite the plague, the kids of Perdido Beach are determined to survive. Creeping into the tenuous new world they've built, though, is the worst incarnation yet of the enemy known as the Darkness: fear.

Within the FAYZ, life breaks down while the Darkness takes over—turning the dome-world of the FAYZ entirely black. A will to survive and a desire to take care of those they love endure in this ravaged band, even in the bleakest moments. But in darkness, the worst fears of all emerge, and the cruelest of intentions are carried out. After so many months, is all about to be lost in the FAYZ?

Praise for GONE: “These are exciting, high-tension stories...There are monsters, there are kids with mad-crazy superpowers, there’s the mystery of where all the adults went. Most of all, there are children I can believe in and root for.”—Stephen King
— ALA Booklist

PRAISE FOR FEAR: “Grant’s masterstroke continues to be how his huge cast of dangerously talented mutants remains as haunted and fallible as anyone else.”
— ALA Booklist

Praise for GONE: “A tour de force that will leave readers dazed, disturbed, and utterly breathless.”
— ALA Booklist
or support indie stores by buying on
(This book is on backorder)
Copyright © 2020 American Booksellers Association