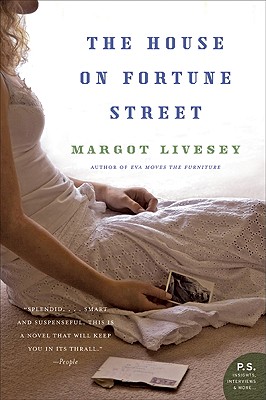 The House on Fortune Street

It seems like mutual good luck for Abigail Taylor and Dara MacLeod when they meet at university and, despite their differences, become fast friends. Years later they remain inseparable: Abigail, the actress, allegedly immune to romance, and Dara, a therapist, throwing herself into relationships with frightening intensity. Now both believe they've found "true love." But luck seems to run out when Dara moves into Abigail's downstairs apartment. Suddenly both their friendship and their relationships are in peril, for tragedy is waiting to strike the house on Fortune Street.

Told through four ingeniously interlocking narratives, Margot Livesey's The House on Fortune Street is a provocative tale of lives shaped equally by chance and choice.


Praise For The House on Fortune Street: A Novel…

“I loved this book. The House on Fortune Street pulled me in and kept me rapt from start to finish. Margot Livesey is writing at her very best.”
— Ann Patchett, Author of RUN and BEL CANTO

“Structurally daring and compulsively readable, THE HOUSE ON FORTUNE STREET illuminates the complexities of love in some of its most difficult guises, and of loss in all of its immensity. ”
— Geraldine Brooks, Author of PEOPLE OF THE BOOK and MARCH