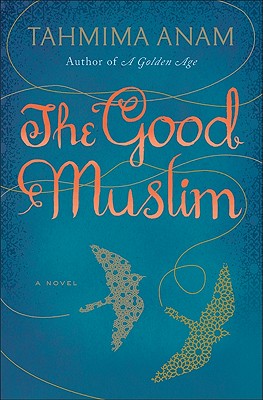 “Delicate, heart-wrenching and poetic, this is a novel ofgreat poise and power.” —Tash Aw, author of The Harmony Silk Factory

Set in Bangladesh at a time when Islamic fundamentalism ison the rise, The Good Muslim is an epic story about faith, familyand the long shadow of war. Tahmima Anam, the prize-winning author of A Golden Age, offers a moving portrait of a sister and brother whostruggle with the competing loyalties of love and belief as they cope with thelasting ravages of war and confront the deeply intimate roots of religiousextremism. Echoingthe intensity and humanity of Thrity Umrigar’s The SpaceBetween Us, Abraham Verghese’s Cutting for Stone, and Kiran Desai’s TheInheritance of Loss,Anam’s “accomplished and gripping novel,” in thewords of author Pankaj Mishra, “describes not only the tumult of a greathistorical event, but also the small but heroic struggles of individuals livingin the shadow of revolution and war.”


Praise For The Good Muslim: A Novel…

“Anam’s fluent prose and sharp insights are at their best when the narrative strays . . . into the surreal ways in which faith and love work-and sometimes fail.”
— The New Yorker

“Anam has an eye for culture, and for cultural dissonance. The writer’s gift is to make the unfamiliar understood. The Good Muslim succeeds in doing exactly that, and doing it well.”
— Denver Post

“Throughout the novel’s extremes of violence and tragedy, Anam always allows the ultimate humanity of the characters to shine through.”
— Kirkus Reviews

“Anam has a gift for tackling complex issues both personal and political.”
— Library Journal

“Gripping and beautifully written. . . . From historical, political, and social tragedy, Anam has fashioned a mesmerizing story capturing a culture and a time.”
— Publishers Weekly (starred review)

“Anam seems to be a novelist not so much luxuriating in the act of writing as in total control of it, using the right words to create her stunning story.”
— Arifa Akbar, The Independent

“Anam tells a poignant, little-known story of a country often lost in the maze of global politics.”
— Booklist