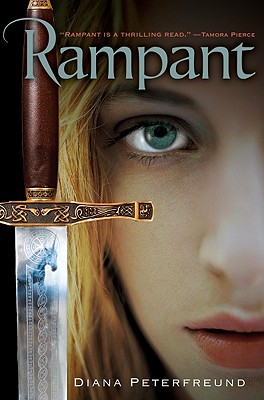 “As swift and sure-footed as a killer unicorn, RAMPANT weaves a vibrant new mythology from venerable threads.”
— Scott Westerfeld, author of the Uglies series

“RAMPANT is a thrilling read, with strong girls, unusual and scary unicorns, and hidden dangers everywhere. I was on the edge of my seat from start to finish! Please, miss: might I have some more?”
— Tamora Pierce

“With an atmospheric setting, personable ensemble cast and some reasoned discussions about virginity, this gripping page-turner evokes the same grrl-power spirit as Buffy the Vampire Slayer, packed with action, mystery and a complex and intriguing mythology.”
— Publishers Weekly

“A fresh folklore twist amid the wave of vampires and zombies.”
— Kirkus Reviews