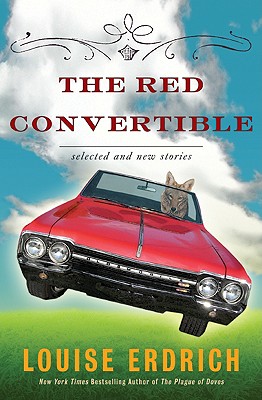 “Erdrich is a true original… [and] one of our major writers: She illuminates large swaths of U.S. history and culture, and [The Red Covertible] is a good demonstration of her compelling stylistic innovations, not to mention her literary cunning.” —Washington Post Book World

From New York Times bestselling author Louise Erdrich, fresh off her acclaimed Pulitzer-Prize finalist The Plague of Doves, comes The Red Convertible, a stunning collection of short stories selected by the author herself from over three decades of work. A veritable masterclass in the art of short fiction, The Red Convertible features 31 previously published stories and 5 never-before-published pieces. Presented in one collection for the first time, the stories of The Red Convertible cement Louise Erdich’s position in the pantheon of consummate, innovative writers of the American short story alongside such luminaries as Flannery O’Connor and Charles Baxter.