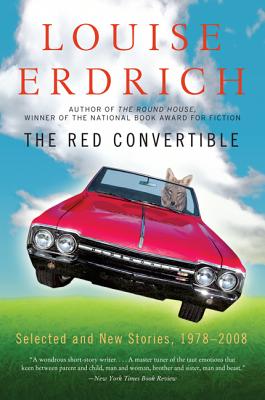 “Culled from 30 years as one of America’s most distinctive fictional voices . . . 36 affecting and inventive stories that dance around the Faulknerian world she’s created. . . . Within these stories there exist Erdrich’s poetic sentences and humane sensibility—and always another surprise on the next page.” — Boston Globe

In Louise Erdrich's fictional world, the mystical can emerge from the everyday, the comic can turn suddenly tragic, and violence and splendor inhabit a single emotional landscape. The fantastic twists and leaps of her imagination are made all the more meaningful by the deeper truth of human feeling that underlies them. These thirty-six short works selected by the author herself—including five previously unpublished stories—are ordered chronologically as well as by theme and voice, each tale spellbinding in its boldness and beauty. The Red Convertible is a stunning literary achievement, the collected brilliance of a fearless and inventive writer.

“Culled from 30 years as one of America’s most distinctive fictional voices . . . 36 affecting and inventive stories that dance around the Faulknerian world she’s created. . . . Within these stories there exist Erdrich’s poetic sentences and humane sensibility—and always another surprise on the next page.”
— Boston Sunday Globe

“A collection of brave and inventive stories.”
— Ms. magazine