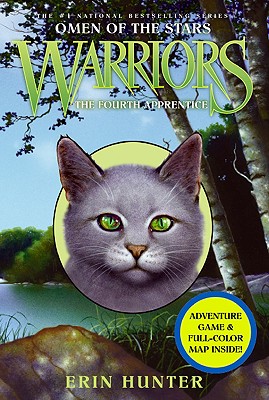 Omen of the Stars #1: The Fourth Apprentice

The first book in this fourth series, Warriors: Omen of the Stars #1: The Fourth Apprentice, brings more adventure, intrigue, and thrilling battles to the epic world of the warrior Clans.

It has been foretold that Jayfeather, Lionblaze, and one other cat will hold the power of the stars in their paws. Now they must wait for a sign from StarClan to tell them which of their Clanmates will complete the prophecy.