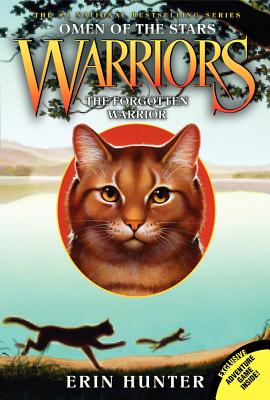 Omen of the Stars #5: The Forgotten Warrior

The end of the stars draws near.
Three must become four to battle
the darkness that lasts forever. . . .

A divided StarClan has driven a treacherous rift between the four warrior Clans, and the spirits of the Dark Forest are gaining strength. As tensions reach a breaking point, an outsider suddenly appears in ThunderClan's midst, spreading discord and pushing the Clans even further apart. Now, with Clanmates turning against one another and a full-scale battle looming closer, the warrior cats will be forced to choose whose word they can trust—before it's too late.