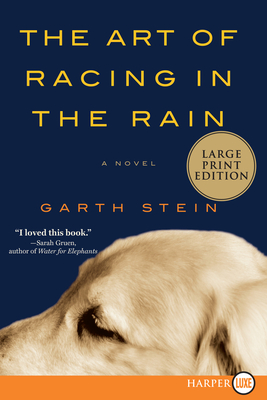 
Praise For The Art of Racing in the Rain…

“One of those stories that may earn its place next to Richard Bach’s Jonathan Livingston Seagull, Paulo Coelho’s The Alchemist, and Yann Martel’s Life of Pi.”
— Portland Oregonian

“The perfect book for anyone who knows that some of our best friends walk beside us on four legs; that compassion isn’t only for humans; and that the relationship between two souls...meant for each other never really comes to an end.”
— Jodi Picoult

“The Art of Racing in The Rain has everything: love, tragedy, redemption, danger, and—most especially—the canine narrator Enzo. This old soul of a dog has much to teach us about being human. I loved this book.”
— Sara Gruen, Author of Water for Elephants

“The Art of Racing in The Rain has everything: love, tragedy, redemption, danger, and--most especially--the canine narrator Enzo. This old soul of a dog has much to teach us about being human.”
— Sara Gruen, Author of Water for Elephants

“I savored Garth Stein’s The Art of Racing in the Rain for many reasons: a dog who speaks, the thrill of competitive racing, a heart-tugging storyline, and--best of all--the fact that it is a meditation on humility and hope in the face of despair.”
— Wally Lamb, Author of She's Come Undone and I Know This Much Is True