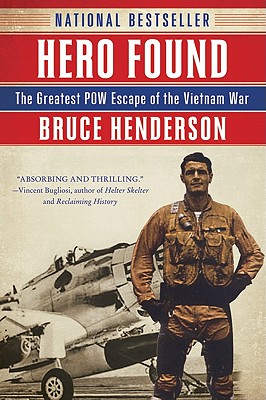 The Greatest POW Escape of the Vietnam War

From the #1 New York Times bestselling coauthor of And the Sea Will Tell comes Hero Found: the incredible but true story of Dieter Dengler, the only pilot to escape captivity from a POW camp in the Laotian jungle during the Vietnam War. This amazing story of triumph over seemingly insurmountable odds has been filmed by Werner Herzog as both a documentary (Little Dieter Needs to Fly) and a motion picture (Rescue Dawn, starring Christian Bale), and now receives its book treatment from Bruce Henderson, who served with Dengler in Vietnam.