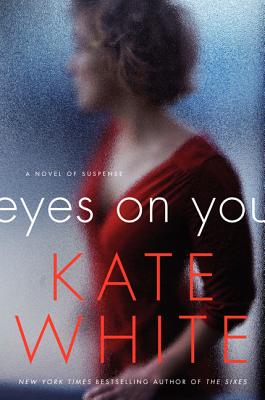 From New York Times bestselling author Kate White comes a riveting psychological suspense in which a media star must battle a malevolent enemy who may be disturbingly close to her.

After losing her on-air job two years ago, television host Robin Trainer has fought her way back and now she’s hotter than ever. With her new show climbing in the ratings and her first book a bestseller, she’s being dubbed a media double threat.

But suddenly, things begin to go wrong. Small incidents at first: a nasty note left in her purse; her photo shredded. But the obnoxious quickly becomes threatening when the foundation the makeup artist uses burns Robin’s face. It wasn’t an accident—someone had deliberately doctored with the product.

An adversary with a dark agenda wants to hurt Robin, and the clues point to someone she works with every day. While she frantically tries to put the pieces together and unmask this hidden foe, it becomes terrifyingly clear that the person responsible isn’t going to stop until Robin loses everything that matters to her . . . including her life.


Praise For Eyes on You: A Novel of Suspense…

Sharp as a stiletto! White captures the cut-throat world of entertainment TV where the latest star should trust no one if she’s to build her show...or save her very life.”
— Lisa Gardner, New York Times bestselling author

With pop culture references and attention to fashion detail, White keeps the story both timely and engaging. It’s her devious mind, however, that puts the thrill in this thriller.
— Publishers Weekly

“Top-tier psychological suspense with thrills aplenty, more than enough mystery to keep you turning the pages late into the night, and a sharp protagonist you won’t soon forget. I highly recommend it.”
— James Grippando, New York Times bestselling author

“Former Cosmo editor White, seems to thrive in an atmosphere of glitz, as she produces increasing levels of suspense and danger in what is her most compelling and snappiest stand-alone yet.”
— Booklist

“A deliciously dishy treat.”
— Readers Digest on Eyes On You

“This thriller set in the New York media world, from the former editor of Cosmopolitan, features a TV host who must figure out why someone is stalking and undermining her in increasingly dangerous ways.”
— Los Angeles Times

“Set in the glamorous world of television, Kate White’s Eyes On You wraps you in suspense and keeps you pinned to the page. I couldn’t put it down.”
— Lisa Scottoline, New York Times bestselling author

“This is a must have summer read and an enjoyable who-dun-it.”
— People

“This is a must have summer read and an enjoyable who-dun-it.”
— Seattle Post-Intelligencer

“A hot summer reads to pack for the beach. Kate White keeps up the pace by adding a little more suspense and a little more danger from beginning to end.”
— USA Today

EYES ON YOU, the newest novel from Kate White is a suspense novel that keeps you hooked until the very last page.”
— Women's Health