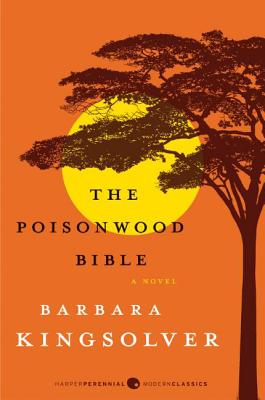 “There are few ambitious, successful and beautiful novels. Lucky for us, we have one now, in Barbara Kingsolver’s The Poisonwood Bible . . . this awed reviewer hardly knows where to begin.” — Jane Smiley, Washington Post Book World

“A powerful new epic . . . She has with infinitely steady hands worked the prickly threads of religion, politics, race, sin and redemption into a thing of terrible beauty.” — Los Angeles Times Book Review

“Powerful . . . Kingsolver is a gifted magician of words.” — Time

“Beautifully written . . . Kingsolver’s tale of domestic tragedy is more than just a well-told yarn . . . Played out against the bloody backdrop of political struggles in Congo that continue to this day, it is also particularly timely.” — People

“Tragic, and remarkable. . . . A novel that blends outlandish experience with Old Testament rhythms of prophecy and doom.” — USA Today

“The book’s sheer enjoyability is given depth by Kingsolver’s insight and compassion for Congo, including its people, and their language and sayings.” — Boston Globe