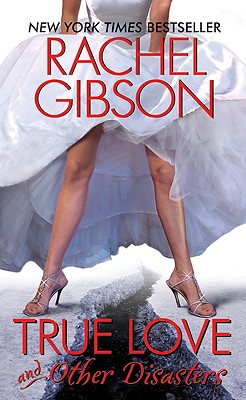 In the next Chinooks Hockey series by New York Times bestseller Rachel Gibson, it won’t be business as usual with wild-child Faith Duffy in charge.

Faith Duffy had a very good life as the wife of a very rich, very old man. So you’d think she’d have an ever better life as a very rich widow. But her so-called friends now want nothing to do with her and she’s about to fall back into the world she hated—the world of nobodies. And the icing on top? Apparently she’s now the proud owner of a hockey team. But Faith is a fighter and if it’s hockey they want, it’s hockey she’ll give them.

What does Faith know about hockey? That’s the question on everyone’s minds, especially that of Ty Savage, team captain. All he wants is his championship, and there’s no way he’s going to let Faith screw that up.

Between juggling the line-up and fighting off their attraction, one thing’s for certain: this is going to be a season to remember.


Praise For True Love and Other Disasters (Chinooks Hockey Team #4)…

“A steamy story with plenty of fast-paced action on and off the ice.” — Booklist

Rachel Gibson began her fiction career at age sixteen, when she ran her car into the side of a hill, retrieved the bumper, and drove to a parking lot, where she strategically scattered the car’s broken glass all about. She told her parents she’d been the victim of a hit-and-run and they believed her. She’s been making up stories ever since, although she gets paid better for them nowadays.