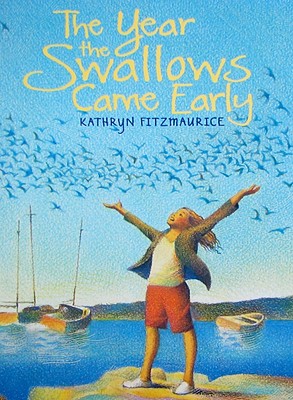 The Year the Swallows Came Early

Eleanor "Groovy" Robinson loves cooking and plans to go to culinary school just as soon as she's old enough. But even Groovy's thoughtfully—planned menus won't fix the things that start to go wrong the year she turns eleven—suddenly, her father is in jail, her best friend's long-absent mother reappears, and the swallows that make their annual migration to her hometown arrive surprisingly early. As Groovy begins to expect the unexpected, she learns about the importance of forgiveness, understands the complex stories of the people around her, and realizes that even an earthquake can't get in the way of a family that needs to come together.

Kathryn Fitzmaurice's lovely debut novel is distinctively Californian in its flavor. Her rich characters and strong sense of place feel both familiar and fresh at first meeting—and worth revisiting, again and again.


Praise For The Year the Swallows Came Early…

“A small, quiet story with an underlying message of forgiveness.”
— Booklist (starred review)

“Peopled with three-dimensional characters whose imperfections make them believable and interesting. A novel that encourages understanding, tolerance, and forgiveness is as welcome as the returning swallows.”
— School Library Journal

“In this daring, emotionally complex story, both Groovy and Frankie try to figure out how to accept people, especially parents, for who they are without abandoning their own needs and their own developing notions of right and wrong.”
— Kirkus Reviews

Kathryn Fitzmaurice once received a book that was inscribed with the prediction that she might become a famous poet like Emily Dickinson. She became a writer for young readers instead, and her very first novel, The Year the Swallows Came Early, has received many honors and accolades. She lives in Monarch Beach, California, with her husband, sons, and faithful canine writing companion, Holly.