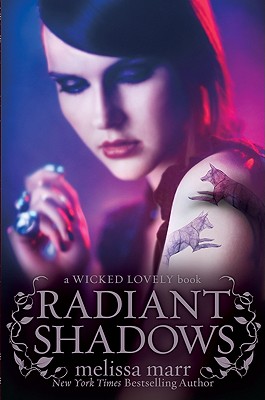 Half-human and half-faery, Ani is driven by her hungers.

Those same appetites also attract powerful enemies and uncertain allies, including Devlin. He was created as an assassin and is brother to the faeries' coolly logical High Queen and to her chaotic twin, the embodiment of War. Devlin wants to keep Ani safe from his sisters, knowing that if he fails, he will be the instrument of Ani's death.

Ani isn't one to be guarded while others fight battles for her, though. She has the courage to protect herself and the ability to alter Devlin's plans—and his life. The two are drawn together, each with reason to fear the other and to fear for one another. But as they grow closer, a larger threat imperils the whole of Faerie. Will saving the faery realm mean losing each other?

“Marr has done it again with this dark, beautifully woven story of love, magic, and belonging. She offers new insight on characters readers will fall in love with all over again. This is one of Marr’s best.” (a Top Pick)
— Romantic Times BOOKclub

PRAISE FOR THE WICKED LOVELY SERIES: Marr takes her faeries and makes them seem real in her latest breathtaking tale. This entertaining story twists as long-laid plot points come to fruition and readers are kept on their toes throughout. It’s a keeper!”—
— Romantic Times BOOKclub

“Fans of the fey world will devour this sequel to Wicked Lovely. Marr has created a world both harsh and lush, at once urban and natural.”
— School Library Journal