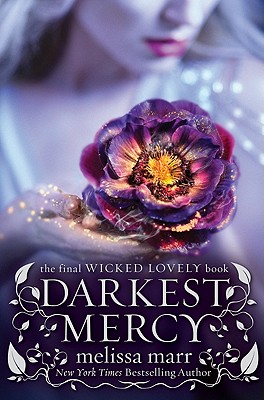 The Summer King is missing; the Dark Court is bleeding; and a stranger walks the streets of Huntsdale, his presence signifying the deaths of powerful fey.

Aislinn tends to the Summer Court, searching for her absent king and yearning for Seth. Torn between his new queen and his old love, Keenan works from afar to strengthen his court against the coming war. Donia longs for fiery passion even as she coolly readies the Winter Court for battle. And Seth, sworn brother of the Dark King and heir to the High Queen, is about to make a mistake that could cost his life.

Love, despair, and betrayal ignite the Faery Courts, and in the final conflict, some will win...and some will lose everything.

“Marr has created a world both harsh and lush, at once urban and natural.”
— School Library Journal

“A fully imagined faery world which even non-fantasy (or faerie) lovers will want to delve into.”
— Publishers Weekly (starred review)
or support indie stores by buying on
(This book is on backorder)
Copyright © 2020 American Booksellers Association