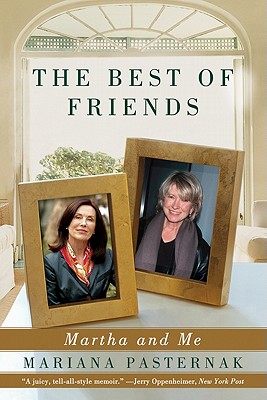 The Best of Friends

In this poignant meditation on the strength and fragility of female friendship, Mariana Pasternak chronicles her life-defining relationship with Martha Stewart, its tragic demise, and its lessons for us all. The Best of Friends is at once an honest, personal, and never-before-seen look at Martha Stewart as a person; an inside look at the lives of the rich and famous; and an inspiring story of feminine kinship.

Mariana Pasternak grew up in Romania and immigrated to the United States as a political refugee. The mother of two daughters, she has been a biomedical engineer and has held other positions involving computer-based research and development. For the past twenty years, she has been working as a realtor in Connecticut, where she lives.