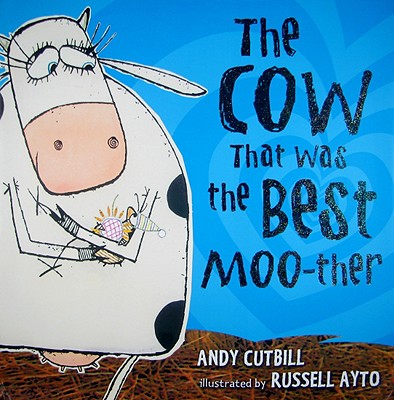 The Cow That Was the Best Moo-ther

Marjorie the cow proudly enters her baby, Daisy, into a farmyard beauty contest strictly for cows. But Daisy isn't quite like the other baby cows—she's small and feathery, she has a beak, and she hatched from an egg! So there's no surprise that Daisy catches the judge's eye! But she's not the only one who attracts attention in this hilarious follow-up to the cow that laid an egg. Proud mom Marjorie is in store for an award of her own.

Andy Cutbill is the author of The Cow That Laid an Egg, illustrated by Russell Ayto. Andy also created and developed Albie, the award-winning British animated television show for children. Prior to his successful show, he spent several years writing television commercials. He still spends his time writing for grown-up companies but occasionally escapes to write children's books. He lives in Devon, England, with his wife, son, daughter, and dog.