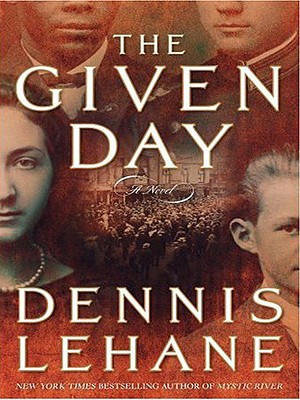 From Dennis Lehane, New York Times bestselling author of Mystic River and Shutter Island, comes the paperback edition of The Given Day, an unflinching family epic that captures the political unrest of a nation caught between a well-patterned past and an unpredictable future. This beautifully written novel of American history tells the story of two families—one black, one white—swept up in a maelstrom of revolutionaries and anarchists, immigrants and ward bosses, Brahmins and ordinary citizens, all engaged in a battle for survival and power at the end of World War I.

“[Lehane] deserves to be included among the most interesting and accomplished American novelists of any genre or category. . . . A powerful moment in history, and Lehane makes the most of it. . . . Heartfelt and moving.”
— Washington Post Book World