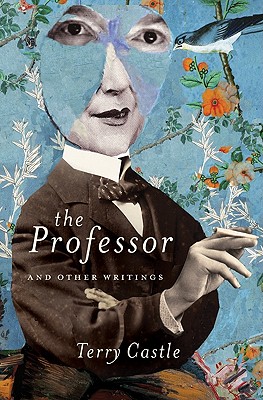 The Professor and Other Writings (Hardcover)

“[Terry Castle is] the most expressive, most enlightening literary critic at large today.” —Susan Sontag

Terry Castle was once described by Susan Sontag as "the most expressive, most enlightening literary critic at large today." She is the author of seven books of criticism, including The Apparitional Lesbian: Female Homosexuality and Modern Culture (1993) and Boss Ladies, Watch Out! Essays on Women and Sex (2002). Her anthology, The Literature of Lesbianism, won the Lambda Literary Editor's Choice Award in 2003. She lives in San Francisco and is Walter A. Haas Professor in the Humanities at Stanford University.


Praise For The Professor and Other Writings…

“[A] hilarious and smart collection of personal essays. . . . The subjects are fascinating, the prose packed full of gems. Castle approaches everything with a blend of curiosity, humor and careful scrutiny. . . . This is a delightful book, to be read and reread.”
— New York Times Book Review

“…every page hums with a kind of cathartic glee -- a testimony to Castle’s ability to transform even the grimmest scenarios into savage comic prose…The Professor and Other Writings documents a brilliant mind discovering a deeper, more intimate mode of expression.”
— Salon.com

“In this questing, deeply funny and joltingly wonderful book...the life of the author’s abundant mind and heart are explored in an altogether scintillating way. Readers...are in for a major find. . . . Castle is at once penetratingly keen and unfailingly good company.”
— San Francisco Chronicle

“Terry Castle is an irreverent, witty feminist – words one does not often associate. Her tale of her love affair as a student with an older professor is touching and wicked; she is a brilliant stylist, and everything she writes is gripping.”
— Edmund White

“This is the book we Terry Castle fans have been waiting for, and those new to her work are in for a revelation – a brain-goosing, entertaining blast.”
— James Wolcott, contributing writer to Vanity Fair

“Critic and cultural commentator Castle delivers a vibrant series of essays on art, travel and the personal relationships in her life. . . . She deftly uses her personal experience to illuminate an array of other subjects. . . . A sharply written, deeply personal collection.”
— Kirkus Reviews

“This new collection’s savage wit and honesty should only bolster her popularity and garner her a whole slew of new readers. . . . A worthy read for anyone who enjoys a good think. . . . It will attract even those who usually steer away from “literary” essays.”
— Library Journal

“Terrific...a blast of hilarity, candor, trenchance and literary grace… There is a voice here that is wildly entertaining, totally compelling and not really quite like any other you’re likely to have read.” (Editor’s Choice)
— Buffalo News

“Castle is a master stylist—hilarious, insightful and digressive in the best way. The end of 2009 saw quite a stir over the lack of women writers on year-end best-of lists. So a note to fellow editors: File this one away for December.”
— Time Out Chicago

“Her story of woe is leavened by great humor. For all of her success in academia, Castle’s writing here is the very opposite of academic: lively, confessional, personal.”
— Bay Area Reporter

“[An] irresistible new collection of personal essays. . . . The Professor goes places no book ever written about professors has ever gone. . . . Superb.”
— New Republic

“A collection of six recent essays from this Stanford professor and Lambda Literary Award winner, The Professor is a hybrid of memoir and criticism containing equal measures of good humor, snark and self deprecation.”
— Curve magazine

“Her new essay collection, The Professor and Other Writings is filled with her trademark wit and honest, smart writing. Taken together, these six essays read like an engrossing and entertaining memoir.”
— Largehearted Boy Blog
or
Not Currently Available for Direct Purchase
Copyright © 2020 American Booksellers Association