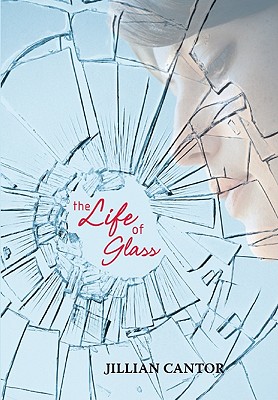 The Life of Glass (Hardcover)

Before he died, Melissa's father told her about stars. He told her that the brightest stars weren't always the most beautiful—that if people took the time to look at the smaller stars, if they looked with a telescope at the true essence of the star, they would find real beauty. But even though Melissa knows that beauty isn't only skin deep, the people around her don't seem to feel that way. There's her gorgeous sister, Ashley, who will barely acknowledge Melissa at school; there's her best friend, Ryan, who may be falling in love with the sophisticated Courtney; and there's Melissa's mother, who's dating someone new, someone Melissa knows will never be able to replace her father.

To make sure she doesn't lose her father completely, Melissa spends her time trying to piece together the last of his secrets and finishing a journal he began—one about love and relationships and the remarkable ways people find one another. But when tragedy strikes, Melissa has to start living and loving in the present as she realizes that being beautiful on the outside doesn't mean you can't be beautiful on the inside.

This is a lyrical tale of love, loss, and self-discovery from the author of The September Sisters.

Jillian Cantor has a BA in English from Penn State University and an MFA from the University of Arizona. She is the author of award-winning novels for teens and adults, including, most recently, the critically acclaimed The Lost Letter, The Hours Count, and Margot. Born and raised in a suburb of Philadelphia, Cantor currently lives in Arizona with her husband and two sons.


Praise For The Life of Glass…

Melissa’s first-person narrative and pithy remarks are realistic and relatable as she comes to terms with the inevitability—and also the possibilities—of the future.
— Publishers Weekly

Themes of memory, beauty, and secrets come together in this thoughtful, uplifting book that skillfully avoids Cinderella-tale predictability. What could have been a formulaic tale of adolescent angst is instead a gentle portrait of a girl growing through her grief.
— Booklist