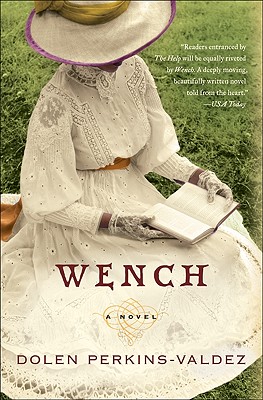 Wench by Dolen Perkins-Valdez is startling and original fiction that raises provocative questions of power and freedom, love and dependence. An enchanting and unforgettable novel based on little-known fact, Wench combines the narrative allure of Cane River by Lalita Tademy and the moral complexities of Edward P. Jones’s The Known World as it tells the story of four black enslaved women in the years preceding the Civil War. A stunning debut novel, Wench marks author Perkins-Valdez—previously a finalist for the 2009 Robert Olen Butler Short Fiction Prize—as a writer destined for greatness.

“Perkins-Valdez crawls under your skin and probes most gracefully in clear, concise lyric prose, ultimately asking the question that only extraordinary fiction can ask--what would you have done? A superb and outstanding achievement.”
— Jeffrey Lent, author of In the Fall and A Peculiar Grace