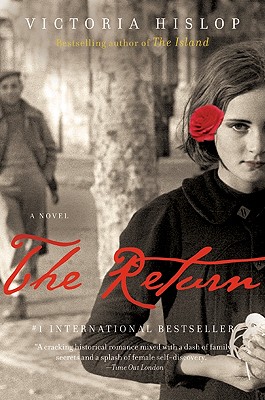 Already a #1 bestseller in the UK, The Return is a captivating new novel of family, love, and betrayal set against a backdrop of civil war, flamenco, and fiery Spanish passion. The author of the beloved international bestseller The Island, Victoria Hislop now transports the reader to Granada, Spain, in a time of historic turmoil. The Return is a colorful and spellbinding saga of a family inspired by music and dance, only to be torn apart by fragile hearts and divided loyalties during the bitter war that brought the dictator Generalissimo Francisco Franco to power.

Victoria Hislop is the internationally bestselling author of The Island and The Return. She writes travel features for the Sunday Telegraph, Mail on Sunday, House & Garden, and Woman & Home. She divides her time among rural Kent, London, and Crete. She is married and has two children.