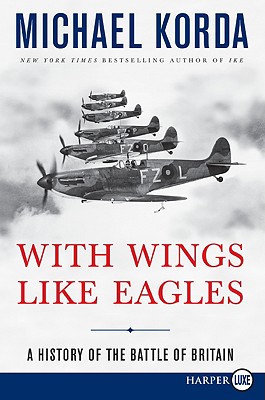 A History of the Battle of Britain

“[With Wings Like Eagles is] bold and refreshing… Korda writes with great elegance and flair.”—Wall Street Journal

From the New York Times bestselling author of Ike and Horse People, Michael Korda, comes With Wings Like Eagles, the harrowing story of The Battle of Britain, one of the most important battles of World War II. In the words of the Washington Post Book World, “With Wings Like Eagles is a skillful, absorbing, often moving contribution to the popular understanding of one of the few episodes in history … to deserve the description ‘heroic.’”