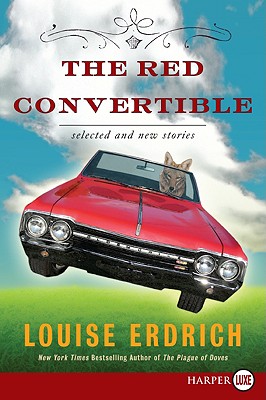 A stunning collection of short stories by Louise Erdrich, author of the National Book Award-winning The Round House. Selected by the author herself from over three decades of work, The Red Convertible is a veritable masterclass in the art of short fiction. In “Saint Marie,” a Native American girl leaves her reservation to enter the Sacred Heart Convent and is propelled into a life-and-death struggle with the diabolical Sister Leopolda. “Knives” features a homely butcher’s assistant, a devoted reader of love stories, who falls for a good-looking but predatory traveling salesman with devastating consequences for each of them. A passion for music in “Naked Woman Playing Chopin” proves more powerful than any experience of carnal or spiritual love; indeed, when Agnes DeWitt removes her clothing to enter the music of a particular composer, she sweeps all before her and transcends mortality and time itself.

A collection of breathtaking power and originality, The Red Convertible cements Louise Erdich’s position in the pantheon of consummate, innovative writers of the American short story alongside such luminaries as Flannery O’Connor and Charles Baxter