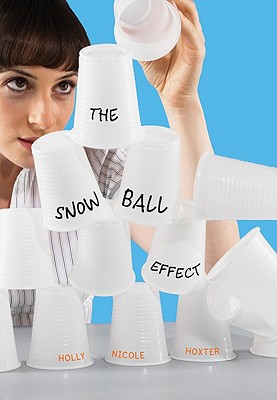 Lainey Pike can tell you everything you need to know about the people in her family just by letting you know how they died. Her reckless stepfather drove his motorcycle off the highway and caused the biggest traffic jam in years. Her long-suffering grandmother lived through cancer and a heart attack before finally succumbing to a stroke. And Lainey's mother--well, Lainey's mother hanged herself in the basement just days after Lainey's high school graduation.

Now Lainey's five-year-old brother is an orphan and her estranged older sister is moving back home to be his guardian. Meanwhile, Lainey's boyfriend is thinking about having a family of their own, and her best friends are always asking the wrong sorts of questions and giving advice Lainey doesn't want to hear. As she tries to pull away from everything familiar, Lainey meets an intriguing new guy who, through a series of Slurpees, burgers, and snowballs, helps her to make peace with a parent she never understood.


Praise For The Snowball Effect…

Expertly weaving together quirky family stories, realistic characters and tough decisions, Hoxter presents a unique coming-of-age story, which highlights that teens need not just go with the flow but can and should control their own destinies
-Kirkus Reviews

Debut novelist Hoxter gives a masterful portrayal of the effects of grief. The blue-collar setting is impeccably realized, from Lainey’s busted Grand Am to her job at a mall kiosk, adding up to a portrait of a complex and relatable main character whose growth feels authentic and earned
-Publishers Weekly (starred review)