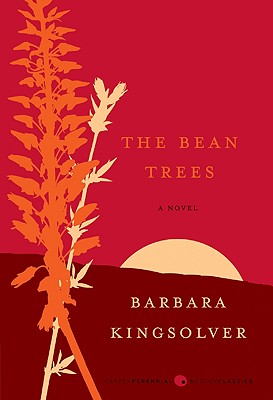 “As clear as air. It is the southern novel taken west, its colors as translucent and polished as one of those slices of rose agate from a desert shop.” — New York Times Book Review

It is the charming, engrossing tale of rural Kentucky native Taylor Greer, who only wants to get away from her roots and avoid getting pregnant. She succeeds, but inherits a 3-year-old native-American little girl named Turtle along the way, and together, from Oklahoma to Tucson, Arizona, half-Cherokee Taylor and her charge search for a new life in the West.

The author of such bestsellers as The Lacuna, The Poisonwood Bible, and Flight Behavior, Barbara Kingsolver has been hailed for her striking imagery and clear dialogue, and this is the novel that kicked off her remarkable literary career. This Harper Perennial Deluxe Edition features beautiful cover artwork on uncoated stock, French flaps, and deckle-edge pages.

“The Bean Trees is the work of a visionary. . . . It leaves you open-mouthed and smiling.”
— Los Angeles Times

“A lively first novel...an easy book to enjoy.”
— No Source