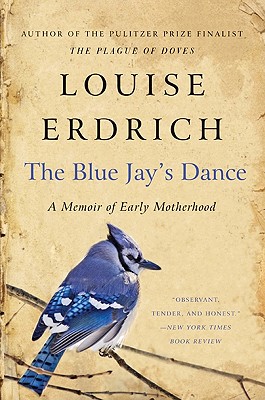 A Memoir of Early Motherhood

New York Times bestselling and award-winning author Louise Erdrich’s moving meditation on the experience of motherhood—the first nonfiction work by one of the most acclaimed authors of our time.

Louise Erdrich’s first major work of nonfiction, The Blue Jay’s Dance, brilliantly and poignantly examines the joys and frustrations, the compromises and insights, and the difficult struggles and profound emotional satisfactions the acclaimed author experienced in the course of one twelve—month period—from a winter pregnancy through a spring and summer of new motherhood to her return to writing in the fall. In exquisitely lyrical prose, Erdrich illuminates afresh the large and small events that every parent will recognize and appreciate.

“Pregnancy, birth and caring for an infant inspire Erdrich’s reflections on being a woman, a mother and a writer in this affecting memoir of a daughter’s first years.”—People