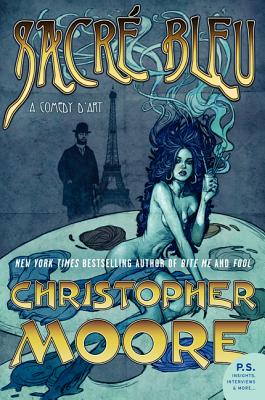 “I can’t emphasize enough how funny BITE ME is.” — Bookreporter.com

“[H]ilarious, educational, and original. . . . [I]t is difficult to put the book down, for there are astonishing new developments on every page.” — BookPage

“A page-turner…. Your ‘Lear’ can be rusty or completely unread to appreciate this new perspective on the Shakespearean tragedy. That is if you enjoy a whole lot of silly behind the scenes of your tragedies.” — Valdosta Times (Georgia) on FOOL

“If there’s a funnier writer out there, step forward.” — Playboy

“[W]all-to-wall, farcical fornicating and fighting…a jolly good time can be had.” — Booklist on FOOL

“A raunchy slapstick comedy of young vampires in love . . . Moore is in top form, and this reviewer laughed all the way through this page-turner. Enthusiastically recommended.” — Library Journal

“Funny, literate, smart and sexy, all at once!” — Jeff Lindsay, author of the Dexter series, on FOOL

“In transforming “King Lear” into a potty-mouthed jape, Moore is up to more than thumbing his nose at a masterpiece. His version of Shakespeare’s Fool, who accompanies Lear on his slide from paternal arrogance to spiritual desolation in the original text, simultaneously honors and imaginatively enriches the character.” — San Francisco Chronicle on FOOL

“Less may be more, but it isn’t Moore. Wretched excess doth have power to charm, and there are great reeking oodles of it strewn throughout these irreverent pages.” — Kirkus Reviews on FOOL

“Moore has produced eight books that deftly blend surreal, occult and even science-fiction doings with laugh-out-loud satire of contemporary culture. Powered by engines of the abnormal and unlikely, his tales feature eccentric lowlifes who find their desperate existences hilariously remade by intrusions from other spheres.” — Washington Post Book World

“Moore is a very clever boy when it comes to words. There are good chuckles to be had in this tale. …Whether you need to read the original King Lear before you read Moore’s Fool is debatable. Seems a fool’s errand to us. Just enjoy.” — USA Today on FOOL

“Moore turns things on their head with an edgy 21st-century perspective that makes the story line as sharp, surly and slick as a game of Grand Theft Auto… It’s a manic, masterly mix-winning, wild and something today’s groundlings will applaud.” — Publishers Weekly on FOOL

“Often funny, sometimes hilarious, always inventive, this is a book for all, especially uptight English teachers, bardolaters and ministerial students of the kind who come to our doorstep on Saturday mornings.” — Dallas Morning News on FOOL

“Mingling comedy and mystery, Moore crafts an intricate story that teases the reader with numerous twists and bawdy humor.…[T]his is an imaginative and amusing look at the Impressionist era, and Moore’s prose is fresh and engaging.” — Booklist on SACRE BLEU

“Art history is playfully--and perilously--rewrtitten in this ambitious novel....fans of Moore’s mix of wit and slapstick will be pleased.” — Publishers Weekly on SACRE BLEU

“Moore’s humor is, as ever, sweetly juvenile, but his arty comedy also captures the courage and rebellion of the Impressionists with an exultant joie de vivre.” — Kirkus Reviews on SACRE BLEU

“[A]surprisingly complex novel full of love, death, art, and mystery....Don’t let Moore’s quirky characters and bawdy language fool you. His writing has depth, and his peculiar take on the impressionists will reel you in....this is a worthy read. ” — Library Journal (starred review) on SACRE BLEU

“[A] marvelous, tongue-in-cheek, mythical explanation of the artistic urge... brought vividly to life.” — The Oregonian (Portland) on SACRE BLEU

“Can Moore find the funny in gloomy Van Gogh? If anybody can-can, count on Moore.” — USA Today on SACRE BLEU

“Sacré Bleu is a consistently compelling blend of love story, mystery, and ‘what if?’ art history lesson.” — Entertainment Weekly on SACRE BLEU

“Captivating . . . Those familiar with Moore’s work will love this rich story, which is full of gleefully anachronistic behavior and language--often pun-based--coming from artists we ordinarily revere.” — Houston Chronicle on SACRE BLEU

“The true joy in Sacré Bleu stems from Moore’s writing....His writing contains the rare combination of poetry and humor; where one moment you find yourself rereading a passage for its sublime imagery, and the next, you are grinning over a well-placed wisecrack....an excellent novel.” — Dallas News on Sacre Bleu