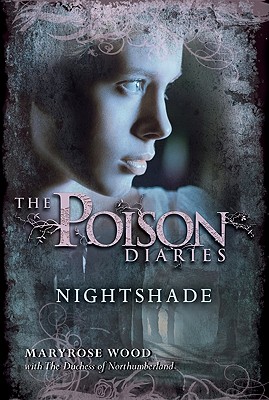 By Maryrose Wood, The Duchess of Northumberland

Sixteen-year-old Jessamine Luxton is heartbroken. Her true love, Weed, the strange but intriguing young man who came into her life so suddenly, has disappeared. How could he have left her with no farewell, and no word since?

Jessamine may not know why Weed vanished, but she does suspect that her own father, Thomas, may have had something to do with it. Thomas, who was so obsessed with Weed’s secret knowledge of dangerous plants that he would do anything to learn it. This suspicion—and her experiences with poisons—has changed her. She is no longer innocent, and now she has her own intimate knowledge of the power of the plants.

So when Jessamine learns that Weed is alive, she will do whatever it takes to be reunited with him.

Jane Northumberland is married to the twelfth Duke of Northumberland and is mistress of Alnwick Castle. The earls and dukes of Northumberland have lived in Alnwick Castle for seven hundred years. The Duchess has spent the last fourteen years creating beautiful public gardens in the grounds of the castle and, because of her fascination with and knowledge of poisons, has created the world-famous Poison Garden. Alnwick Castle and the Alnwick Garden are the most popular tourist destinations in the north of England, attracting more than 800,000 visitors each year.


Praise For The Poison Diaries: Nightshade…

“Part three’s sure to levy as much page-turning enthrallment as its predecessors.”
— Kirkus Reviews

Praise for THE POISON DIARIES: A passionate story....Wood does a marvelous job of creating heart-wrenching decisions for her characters and portraying a doomed romance reminiscent of Romeo and Juliet.
— Publishers Weekly

Praise for THE POISON DIARIES: Wood fashions a narrative whose conventions of gothic romance intertwine with, then utterly succumb to, the brutal forces of human obsession. Absorbing.
— Kirkus Reviews
or
Not Currently Available for Direct Purchase
Copyright © 2020 American Booksellers Association