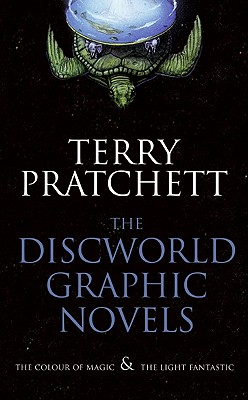 The Colour of Magic and The Light Fantastic

“Discworld is more complicated and satisfactory than Oz.”
—A.S. Byatt