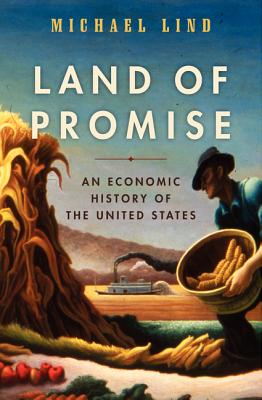 An Economic History of the United States

A sweeping and original work of economic history by Michael Lind, one of America’s leading intellectuals, Land of Promise recounts the epic story of America’s rise to become the world’s dominant economy. As ideological free marketers continue to square off against Keynesians in Congress and the press, economic policy remains at the center of political debate.

Land of Promise: An Economic History of the United States offers a much-needed historical framework that sheds new light on our past—wisdom that offers lessons essential to our future. Building upon the strength and lucidity of his New York Times Notable Books The Next American Nation and Hamilton’s Republic, Lind delivers a necessary and revelatory examination of the roots of American prosperity—insight that will prove invaluable to anyone interested in exploring how we can move forward.

Michael Lind is cofounder of the New America Foundation and policy director of its Economic Growth Program. His first three books of political journalism and history—The Next American Nation, Up from Conservatism, and Vietnam: The Necessary War—were all New York Times Notable Books. He writes frequently for the New York Times, Financial Times, and Salon.


Praise For Land of Promise: An Economic History of the United States…

The book is rich with details…among the joys of Lind’s book are small, little-known stories like the one about the Wright brothers that have clear relevance today.
— New York Times Book Review