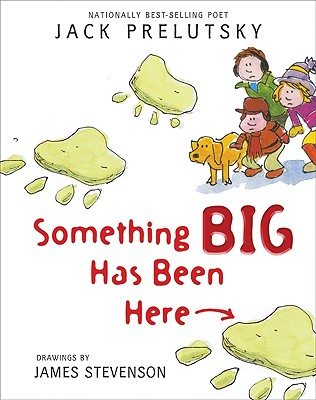 Something Big Has Been Here (Paperback)

The long-awaited companion to the bestselling The New Kid on the Block. "A wealth of funny new verse from a favorite poet. Prelutsky's comic muse is at its best here. Another winner."—Kirkus Reviews. "Prelutsky has done it again."—School Library Journal

Something big is right here!

It is this book of wonderful, funny poems by beloved children's poet Jack Prelutsky. If you've read The New Kid on the Block, you have some idea of the treat ahead. And if you haven't, all you have to do is start reading!

Here are four vain and ancient tortoises, a rat of culture, Super Samson Simpson, a meat loaf that defies an ax, five flying hotdogs—and many, many more people, animals, and things that are destined to become part of the lives of everyone who loves to laugh.

Say them, chant them, learn them by heart, or just read them—Jack Prelutsky's poems are incomparable.