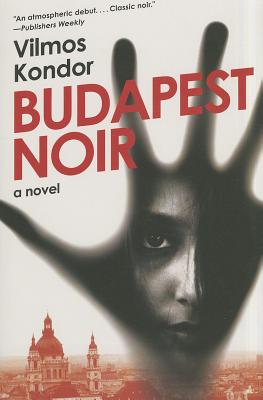 A dark, riveting, and lightning fast novel of murder, intrigue, and political corruption, set in 1936 Hungary during the rise of Adolph Hitler and the Nazis in Germany.

Budapest Noir marks the emergence of an extraordinary new voice in literary crime fiction, Vilmos Kondor. Kondor’s remarkable debut brings this European city to breathtaking life—from the wealthy residential neighborhoods of Buda to the slums of Pest—as it follows crime reporter Zsigmond Gordon’s investigation into the strange death of a beautiful woman. As Gordon’s search for the truth leads him to shocking revelations about a seedy underground crime syndicate and its corrupt political patrons, Budapest Noir will transport you to a dark time and place, and hold you there spellbound until the final page is turned.

Vilmos Kondor graduated from the Sorbonne in Paris with a degree in chemical engineering before returning home to Hungary. He lives with his wife, daughters, and dog in a quiet village near the Austrian border and teaches high school mathematics and physics. Budapest Noir is his first novel.


Praise For Budapest Noir: A Novel…

“Kondor’s impressive first novel, which unfolds against an atmosphere tinged by alienation, fear, and the threat of violence, stands out for its deft writing, plausible scenarios, vivid sense of place, and noir sensibility.”
— Library Journal

“Dark and edgy, with interesting characters and locales. More from Kondor would be welcome.”
— Kirkus Reviews
or support indie stores by buying on
Copyright © 2020 American Booksellers Association